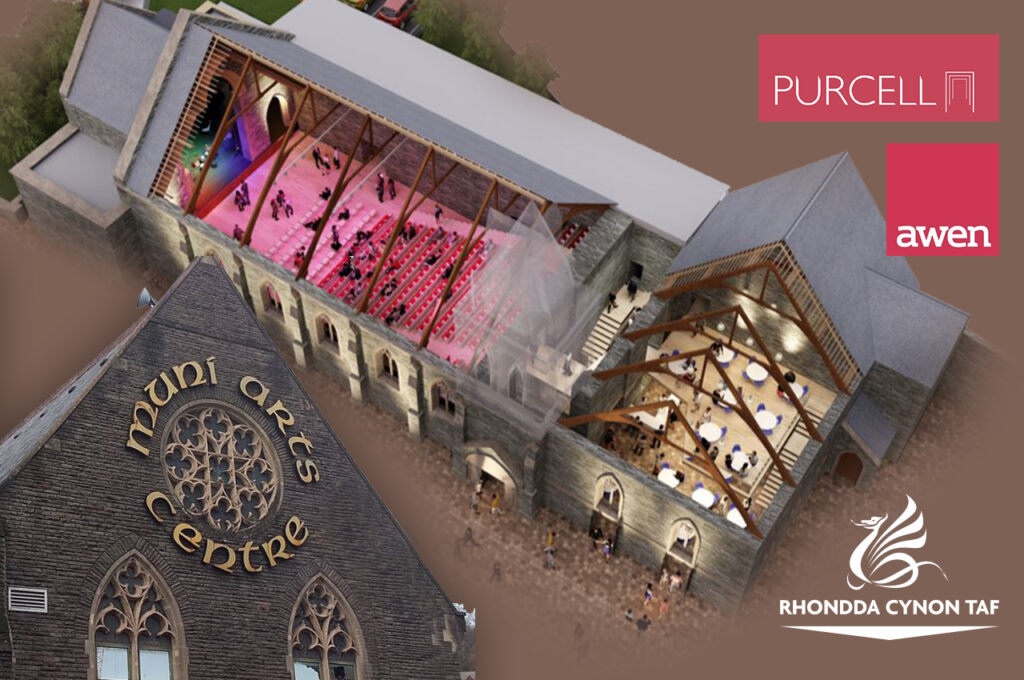 At their meeting on December 17, Cabinet Members saw for the first time the ambitious vision of Awen, a registered charity, for the major refurbishment and restoration project. Awen has engaged Purcell, a renowned architectural practice specialising in bringing new life to heritage buildings, as a partner in the Muni project – and artist’s impression images of the plans were shown.

In June 2019, the Council agreed to enter formal negotiations with Awen as its preferred bidder to secure a sustainable and positive future for the Muni.

At that time, Cabinet agreed to take forward a tenancy with the company, having considered the business plan received for the proposed asset transfer. Detailed negotiations have since been held between the Council and Awen – to determine the level of investment required to enable the Muni to reopen, along with the terms of the lease and the necessary financial support required.

It was confirmed that the initial plan is to reopen the venue during the summer of 2020, following initial building works. These would be completed in order to grant a short-term lease the Muni Arts Centre to Awen with the building in an improved condition.

While negotiations between the Council and Awen focused on making the Muni available to the community as soon as possible, it became apparent that the opportunity exists for a far more wide-reaching and ambitious scheme to refurbish and reimagine the Muni for future generations.

The long-term plan, presented by Awen on Tuesday, is to retain and enhance the Muni’s original features and heritage, ensuring it is fit for purpose and meets the local community’s needs. Awen plans to expose and feature the stunning gothic architecture for which the building is recognised and listed.

The presentation showed a plan for the building – arranged generally over two halves of the building either side of a foyer/lobby area near the main entrance.

The ground floor plan shows a refurbished main hall area with seating across the entire hall, in front of a stage area. Dressing rooms would be provided in close proximity to the rear of the stage, with direct access to the stage. Storage and toilet facilities would be provided ‘backstage’ while the current corridors would be widened to improve access to the dressing room area. The new set-up would also enable much-improved access throughout the venues for both audiences and performers.

In the opposite half of the building, there would be a main bar area, which will be accessible from the foyer and also directly from Gelliwastad Road. This bar would feature the rose window which is a prominent feature of the building.

On the first floor, the plans show a gallery area above the seating in the main hall, with a community space available to let – located above the dressing room area. Above the main bar area will be a mezzanine bar.

The presentation showed artist impressions of Awen’s other current project to revitalise Maesteg Town Hall, which is being developed in partnership with Bridgend CBC. It also showed completed images of the London Symphony Orchestra St Luke’s as an inspiration for what can be achieved and a precedent for what is being proposed for the Muni.

During Tuesday’s meeting, Cabinet noted the progress made in negotiations with Awen, towards agreeing the terms of the lease and the necessary financial support requirements to secure a sustainable future for the Muni.

A further recommendation was also agreed by Members – for the Council to engage with the wider community at the appropriate time in the future.

“The Council has worked proactively over the last 12 months to secure a positive and sustainable future for the much-loved Muni, and the plans presented by Awen today show a bright and positive future for the artistic venue.

“I was delighted Awen Cultural Trust and Purcell were able to share their ambitious £4.5m vision for the future of the Muni Arts Centre with Cabinet. The Muni is such an important building for so many local people and groups – which is why re-opening the venue as soon as possible is a priority for the Council. Awen was the Council’s preferred bidder, and its plans have been developed to carry out initial works to reopen the Muni next summer – while also having a longer-term vision for the future.

“The presentation showed the proposed new arrangement for the Muni, which centres around a main stage and hall with a ‘backstage’ area – along with a main bar on the opposite side of the building, accessible from the main road. The development will be sympathetic to the building’s history, and will bring to prominence more of the vital features which gave it a Listed status – which are hidden from view at the moment.”

“I was delighted to share our plans with Rhondda Cynon Taf Council’s Cabinet this morning. We are very much looking forward to working with the Council, both in the short-term and in supporting our ambitious redevelopment plans in the longer-term. We recognise the significant community support for the Muni Arts Centre, and are confident that together we can once again cement the Muni’s place as a high-quality arts, culture and heritage venue.” 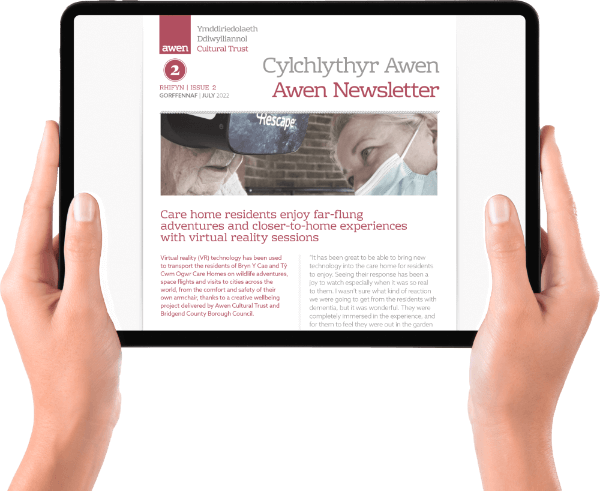 Menu
© Awen Cultural Trust 2023
We use cookies on our website to give you the most relevant experience by remembering your preferences and repeat visits. By clicking “Accept All”, you consent to the use of ALL the cookies. However, you may visit "Cookie Settings" to provide a controlled consent.
Cookie SettingsAccept All
Manage consent

This website uses cookies to improve your experience while you navigate through the website. Out of these, the cookies that are categorized as necessary are stored on your browser as they are essential for the working of basic functionalities of the website. We also use third-party cookies that help us analyze and understand how you use this website. These cookies will be stored in your browser only with your consent. You also have the option to opt-out of these cookies. But opting out of some of these cookies may affect your browsing experience.
Necessary Always Enabled
Necessary cookies are absolutely essential for the website to function properly. These cookies ensure basic functionalities and security features of the website, anonymously.
Analytics
Analytical cookies are used to understand how visitors interact with the website. These cookies help provide information on metrics the number of visitors, bounce rate, traffic source, etc.
SAVE & ACCEPT